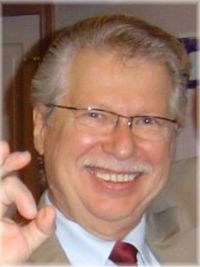 He was born in Toronto in 1940 to Jenny and Dymytro 'Danny' Harrison.

He attended Western Technical-Commercial School in Toronto and worked as a lithographer at MM&T for 40 years until his retirement in 1998.

Throughout his life he resided in several areas in the west end of Toronto, before moving to Georgetown in 1968 and then finally to Brampton in 2003.

He is lovingly remembered by family and friends including Kit and Karen, Valerie and Garry, John, Ollie and Lou, Ed, Rafeena, Rob and his many nieces and nephews.

Jim will be cremated and though there is no service planned at this time a memorial will likely be arranged later.

If you wish to make a donation, please direct it to the Oncology Ward at Brampton Civic Hospital or to the Rockwood United Church.