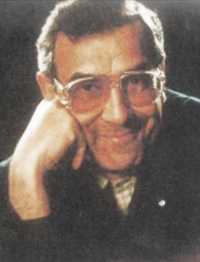 Jim touched many hearts and will be sorely missed.

Jim was born in Toronto to parents, Victor and Rose Nihda, on January 1, 1930.

He grew up in Toronto and married Jeni on September 11, 1954. Jim started his broadcast career with 1050 CHUM in Toronto, before moving to CKLB (CKDO) in Oshawa in 1951.

Jim later moved to the CBC in Toronto in 1951, where he started as a radio technician.

He covered Royal visits in the 1950s and 1960s, and met Queen Elizabeth and her late husband, the Duke of Edinburgh, in Quebec City in 1959. Jim also travelled with the CBC's "Canada Entertains" group via the Royal Canadian Air Force, where he single-handedly produced shows for Canada's NATO and United Nations peacekeeping troops in England, Germany, France, Italy, and the Gaza Strip, Palestine.

Jim's technical skills earned him a ringside seat for the radio broadcast of the legendary Muhammad Ali vs. George Chuvalo boxing match at Maple Leaf Gardens in 1966.

Visitation for Family and Friends will take place at the Holy Cross Funeral Home, in Thornhill, from 6 to 8 p.m. on Wednesday, June 22nd and from 11 a.m. to 1 p.m. on Thursday, June 23rd, followed by a Funeral Mass at Holy Cross Cemetery Catholic Church - Chapel of St. Joseph, at 1:30 p.m. At approximately 2:45 p.m., Jim will be laid to rest with his beloved wife, Jeni, and son, Jeffrey, at Holy Cross Cemetery, in Thornhill, Ontario, followed by a reception at Uplands Golf & Ski Club, also in Thornhill.

In lieu of flowers, memorial donations to one of Jim's favourite charities would be appreciated: The Scott Mission, The Heart & Stroke Foundation, The Markham Stouffville Hospital Foundation, or any Ukrainian Relief Charity of Your Choice.