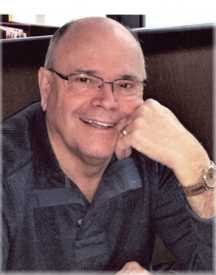 Our “Poppy”, as he was known by his grandchildren, was a husband, father and grandfather who was loved, is missed and will always be cherished.

He loved to tease and tell stories, especially with his grandchildren – a common expression from them was, “Is that true, Nanny?”

A special gift from them was a t-shirt, with the logo, “Poppy - the Man, the Myth, the Legend”. His family was always the centre of his life!

Highlights were qualifying as a Parachutist at the Canadian Joint Air Training Centre in Rivers, Manitoba, and completing tours of duty in both Germany (NATO) and Cyprus (U.N. Peacekeeping).

He then proudly served 31½ years with the Toronto Police Service, spending most of his career as a Detective Sergeant, gaining respect as an excellent investigator and mentor to those who sought out his assistance/knowledge.  On retiring, he became an active volunteer at the Royal Canadian Legion Branch 112 in Whitby, holding many offices including Vice Presidents and President.

Having been diagnosed with terminal cancer a number of years ago, he never asked, “why me”? He felt fortunate to have lived such a full life - enjoyed his career, married the love of his life, participated actively in his children’s and grandchildren’s lives - no time for regret or sadness.

Loved ones who will miss him so much are many: his wife Mavis (née Hart), daughter Natasha, son Jason (Barb); grandchildren Aspen, Tanner, Audrey and Davis.

He was the middle child in a family of 14 siblings born to Edith (née Stuckless) and Enurchus Peddle, and will be missed by 5 surviving siblings – Thomas (Hersey), Winston (Jocelyn), Ronald (Chris) of Newfoundland, and Bernice Milley (Victor) and Linda Taylor (Michael) of Toronto; as well as many extended family and friends.

The memories that we create with them
and moments that we cherish become life's greatest treasure,
as the recollections that we have established with another will last a lifetime