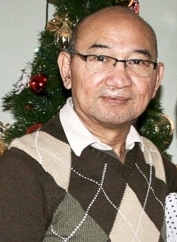 MALISKI, Freddie - Freddie Maliksi, 72, passed away on May 6, 2021of natural causes due to Parkinson’s disease.

Freddie was born in the Philippines on May 17, 1948 to Arturo and Felisa Maliksi.

Freddie studied to be a Millwright before moving to Canada in January 1975. Shortly after landing in Canada, he kicked off his career as a Pharmaceutical Mechanic.

In 1977, Freddie married his high school sweetheart, Felipa, and went on to have two children: Abigail and Dominic.

Freddie is survived by his wife, Felipa; his children and their spouses, Dominic and Mila, and Abigail and Jericho; and, his grandchildren, Daniel, Reanna, and Gabriel.