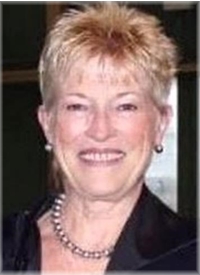 JONES, Sheila Katherine  - It is with profound sadness that we announce the death of our beloved wife, sister, aunt and friend, Sheila Jones (nee MacElwee), at the Kingston Health Sciences Centre, on Wednesday, January 5, 2022, at the age of 80.

Sheila enjoyed a successful career in the insurance industry in Toronto where she and Rick made their home.

Rick and Sheila met at the Royal Canadian Curling Club, where they were awarded lifetime memberships for their dedication to the club.

They retired to the County in 2005 where Sheila volunteered with many causes including Hospice Prince Edward. Sheila made friends wherever she went with her good humour, ready smile and sincere kindness.

Everyone who met her loved her and was the recipient of the best hugs ever! She was a skilled hostess and earned her nickname "The Duchess" with her immaculate dress. She was generous in all things and we are better for having known such a lady.

A Celebration of Sheila's Life will be held at a later date, to be announced. Cremation has taken place.

If desired, donations to the Prince Edward County Memorial Hospital Foundation "Back the Build" or the Rotary Club of Picton would be appreciated by the family.