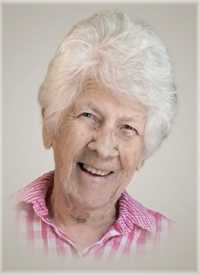 BOWERS, Odalene (Odie) (nee HALL)   -  It is with profound sadness that we announce the sudden passing of Odalene (Odie) Bowers on Friday, December 2, 2022, at the age of 92 at Trillium Health Partners Mississauga Hospital.

Odie is now reunited with the love of her life and husband of 63 years, Cliff.

Odie Hall was born and raised in Chesterville, Ontario, before travelling to Toronto, where she met Cliff and their romance blossomed.

After living in Toronto for a few years, Odie and Cliff moved to Mississauga in 1959, where they raised three children in their family home where she remained until her passing.

In lieu of flowers, donations in Odie's memory may be made to the Alzheimer Society of Peel or the Juvenile Diabetes Research Foundation Canada.