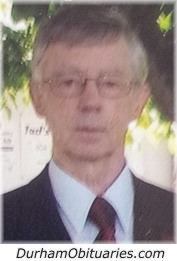 Brian McNamara, 82, of London, Ontario, passed away peacefully on Wednesday, March 4, 2020 at the Extendicare Nursing Home in Oshawa, Ontario.

He joined the British Army-75 Reserve Engineer Regiment, in 1967, as a Sargent.

He was discharged in 1976 as a member of the Royal Engineers.

Brian traveled from England in 1973 and made his home in Canada, where he worked as a Mechanical Engineer, and where he met Margaret Holden (Robitaille), and her children.

There will be a church service later in 2020.  The date to be announced at a later time.

Messages of condolence can be shared with the family by visiting barnesmemorialfuneralhome.com.